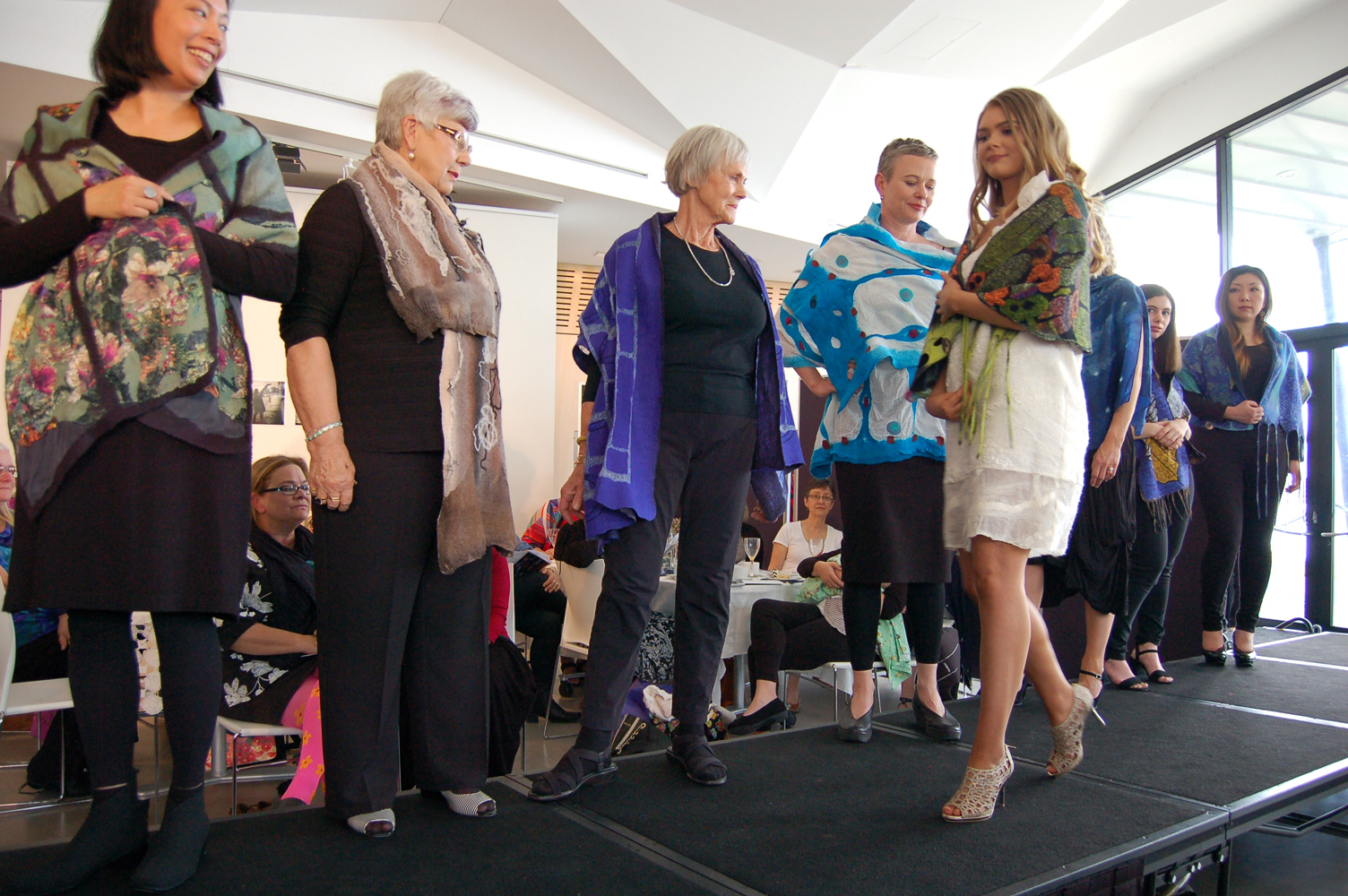 The parade showcased artisan clothes and accessories including hats, fascinators, jewellery and bags, all made by members from the two organisations. Many different textile fabrication techniques have been used to create the garments, including felting, Shibori dyeing, stamping, bead embellishment and crochet.

This was the first time the two groups collaborated to present a fashion parade. It was held at the Belconnen Arts Centre.

Here are some of the outfits that were shown.

Wall hangings- each a work of art by Sue, a member

CRAFT ALIVE- come visit our stand for sale items a

ACTTAA are not a quilting group, we are not a felt

Nina is one of our Felters. She experiments with c